The number of Goldfinches feeding in the garden has increased since last Saturday's successful catch and I have had to put out additional feeders as a result. I am now using 10 feeders: 2 with nyjer seed and 8 with sunflower hearts or a mixture of sunflower seeds and hearts. Even with the extra feeders most have still been getting emptied each day. 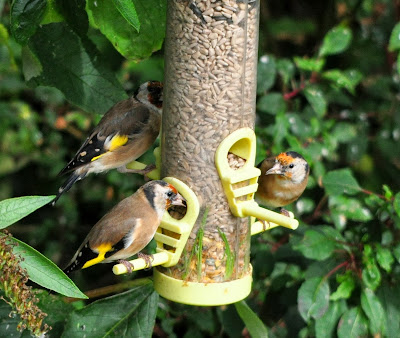 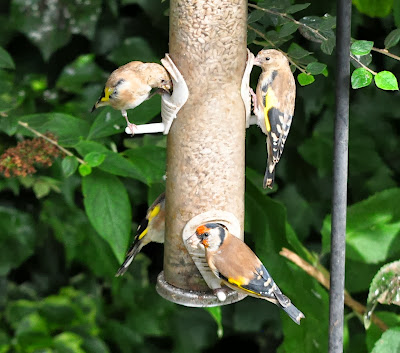 The forecast for this morning of calm and overcast conditions was perfect for a ringing session in the garden. I didn't manage to get up early as planned and only put up an 18ft net at about 8am. The first check of the net produced 9 birds including 5 new Goldfinches. The catching rate continued to be very good for the rest of the morning with Goldfinches dominating the catch as expected.
I took the net down at lunchtime having caught 48 new Goldfinches (a new record catch) all of which were juveniles. Only 1 retrap was caught and that was an adult that I had originally ringed in the garden on 20th October last year. I had expected there to be a few retraps from the 36 Goldfinches ringed last Saturday but none of those birds were caught.


If today's catch of Goldfinches turns out to be the peak for the garden this autumn, as seems likely, it fits in well with previous years in terms of timing. On checking the data for the previous 2 years the peak catch was 18th September in 2011 and 22nd September in 2012. The fit is even tighter when you consider last year was a leap year. This is remarkably consistent given the very different weather and breeding seasons in each of those years and came as a bit of a surprise. The main variable between the years being the proportion of juveniles and adults in the catch. 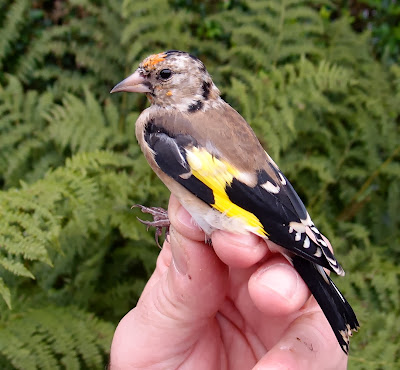 I took a few photographs after taking the net down and only about half the Goldfinches visiting the feeders were ringed. The total number of birds visiting the garden is likely to be well over the 100 mark given that 84 new birds and 2 retraps have been caught in just over a week and many unringed birds were seen this afternoon. This is an exceptional number of Goldfinches for the garden and the high proportion in full juvenile indicates that later broods have been particularly successful. 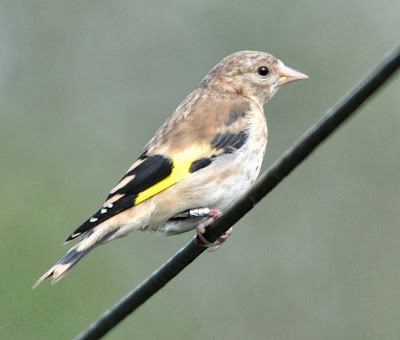 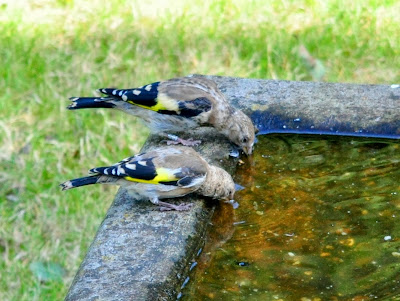 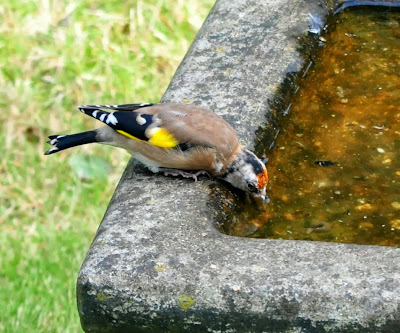 This evening I went to the reed bed site with John G to see if there were any Swallows passing through or roosting. The MP3 lures attracted a flock of about 120 Swallows and we managed to catch and ring 57 of them. We also ringed a Sand Martin, 2 Reed Warblers, a Chiffchaff and a Wren.

Down but not out

I came back from Spurn feeling really good but was brought crashing down to earth earlier this week when we burgled. Arranging repairs and working out what had been stolen put paid to any thoughts of birding or ringing for much of the time, however, it didn't stop me filling up the feeders in the garden which have been getting emptied on a daily basis by a good numbers of Goldfinches and a few Greenfinches.

The forecast was good for ringing today ahead of a wet and very windy day tomorrow. I decided to put a 18ft net up in the garden rather than venture further afield as it would also allow me to do a few things around the house. Catching was steady and resulted in one of the best totals for the garden if not the best with a final tally of 53 birds. Goldfinches dominated the catch as expected with 36 new birds and 1 retrap. All but 4 of the Goldfinches were juveniles with the majority still in full juvenile plumage as per the photo below.
Ringing totals for 14/09/13 with retraps in brackets,
Goldfinch 36 (1)
Greenfinch 6
Blue Tit 4 (1)
Coal Tit 1
Great Tit 1
Dunnock 1
Goldcrest 1
Collared Dove 1
Total 51 (2)

I spent the weekend on the east coast helping out at the Spurn Migration Festival. There was a packed programme that included migration, sea and wader watching, various guided walks, illustrated talks, moth trap demonstrations and ringing demonstrations. In addition there were photography workshops, art exhibitions, optics trade stands and a hog roast.

It was a well attended event but unfortunately it was relatively quiet on the birding front for the time of year. On the plus side the weather was very pleasant being sunny and warm throughout with the generally southerly wind direction contributing to the lack of birds. Having said that Wryneck, Red-backed Shrike and Common Rosefinch were present and there was some southerly passage and movement over the sea.

My role was to provide the ringing demonstration at the Warren and I did manage to catch a few birds for very appreciative audiences. As the catching rate was fairly low I was able to allow quite a few people to hold and release birds, much to their delight. Hopefully everyone will have gained something from the experience and a few may have been encouraged or inspired to take up ringing.

I did manage to take a few photos around the ringing and those I have chosen to post are fairly random. They show there is always something to look at or that there is always a new way of looking at something you have seen before. It is a while since I have been to Spurn and it was great to catch up with friends that I haven't seen for some time. It was good to be back and made even better by great people.

I don't usually play with the art modes on my cameras but here are a few in what are called dramatic mode. 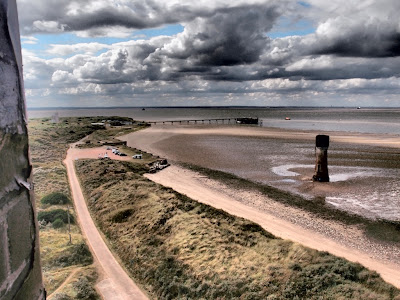 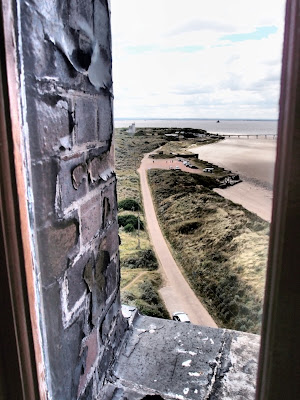 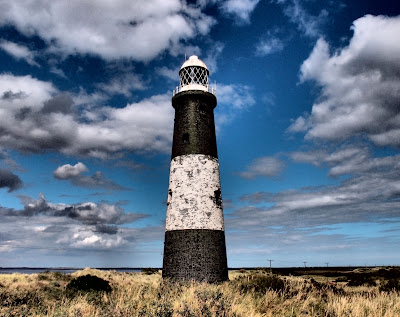 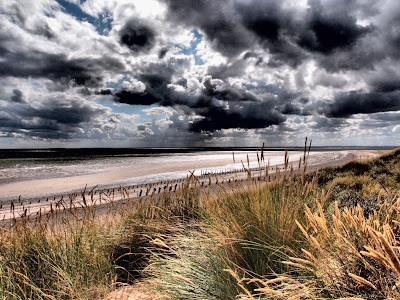 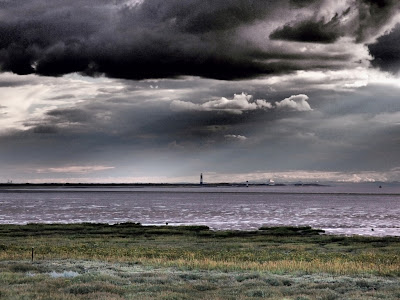 And back to normal with a Comma.
﻿