I have decided to give the Waxwing its own page rather than get repetitive and use too many pictures and videos in my regular posts. The plan is to take a few images each day, whatever the weather, and add a small selection to this page. I am not sure if I will remove older images when I add new ones yet; it will have to stay a while longer before I need to worry about that. The most recent images will come first on the page.

2nd March 2015
No sightings today so it appears the bird has moved on.

1st March 2015
The new month started on a bright and breezy note but increasing cloud and rain moved in during the afternoon. The Waxwing performed well for those that came to see it during the morning and they all seemed to go away very pleased. 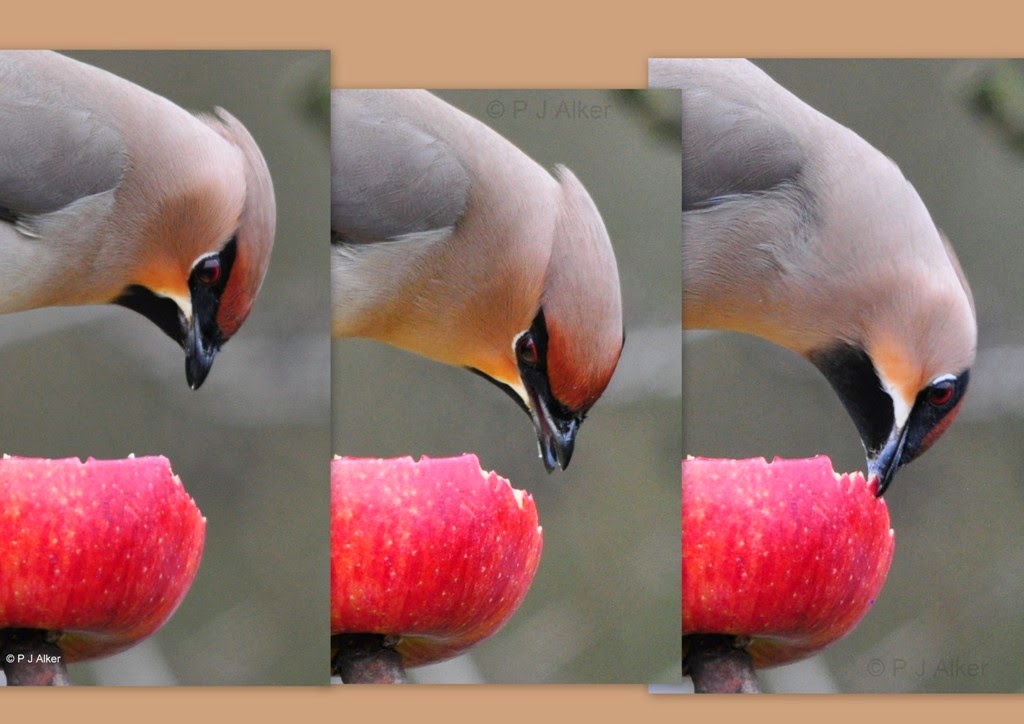 28th February 2015
The month ended on a grey and rather dreary note weather wise but it was fairly mild and there were plenty of midges around. I didn't see the Waxwing fly-catching but it probably took the opportunity to get a protein boost to supplement its sugar rich apple diet. I also suspect it is starting to feed on ripening ivy berries as I saw it leaving the ivy that adorns a large tree in a garden behind the house yesterday afternoon. 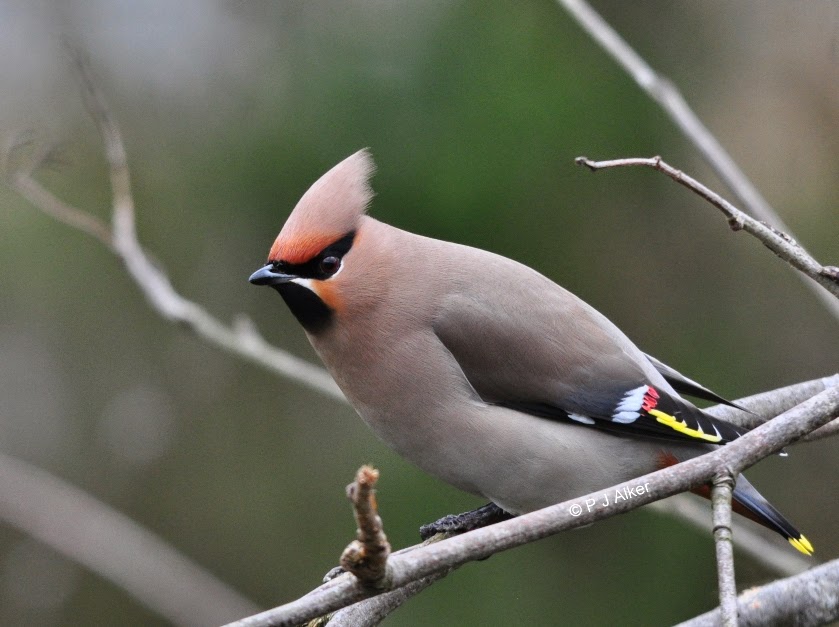 27th February 2015
It was quite spring like at times today and the wintering male Blackcap even broke into song for a while, well at least a loud sub-song. The Waxwing performed as usual to the delight of a few visitors and passers-by and I got a bit more data on how much it eats. 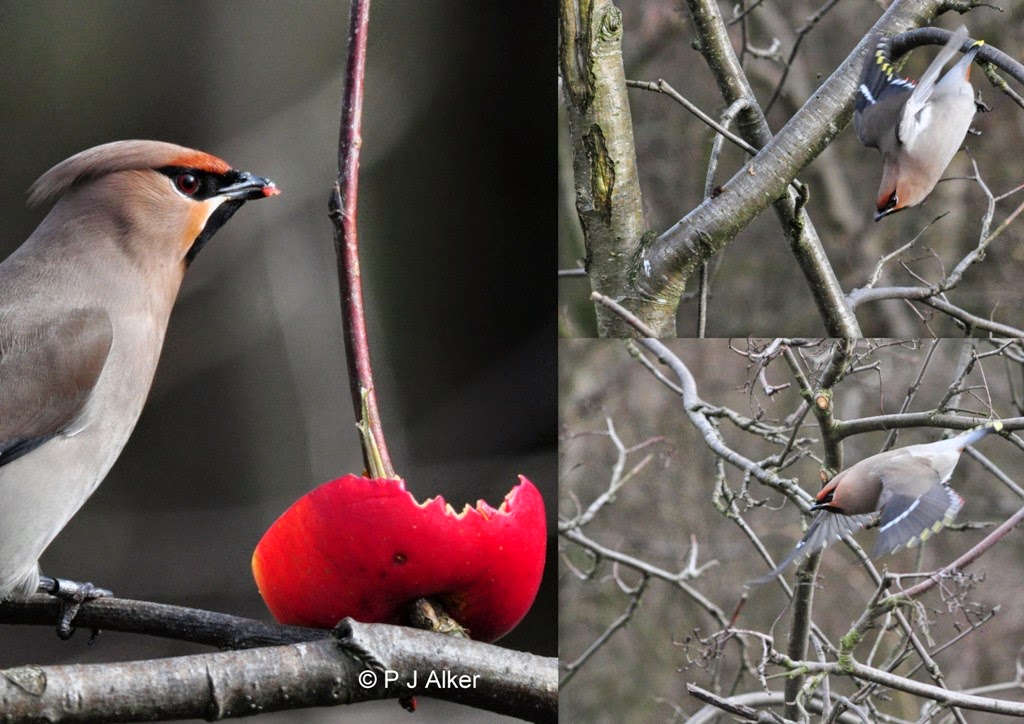 26th February 2015
A mixed bag of weather today with a wet start but becoming brighter and breezy later. I am in the process of working out how much apple it eats each day and it eats quite a lot. I weigh the new apples I put out and the part eaten ones I take down each day. 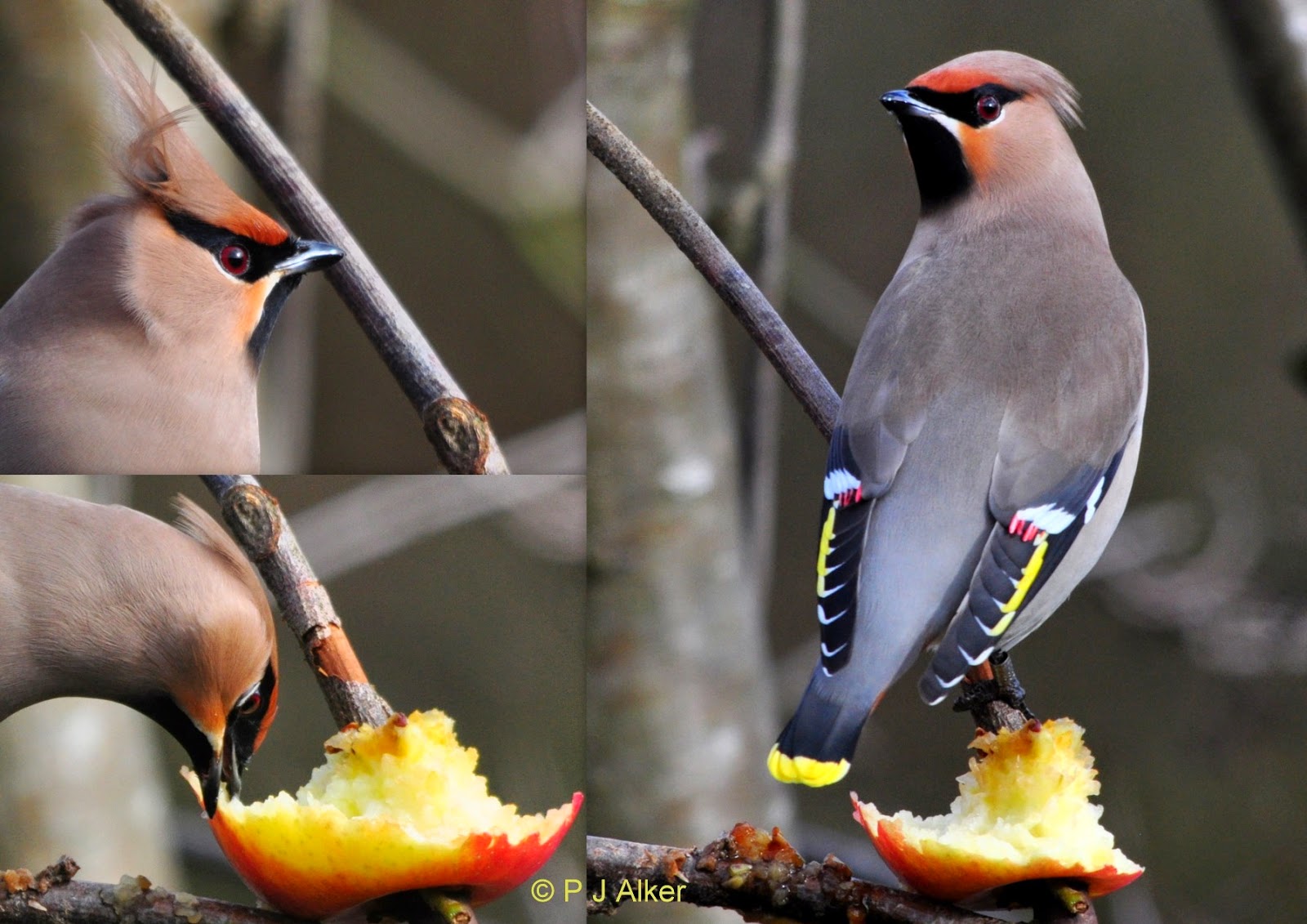 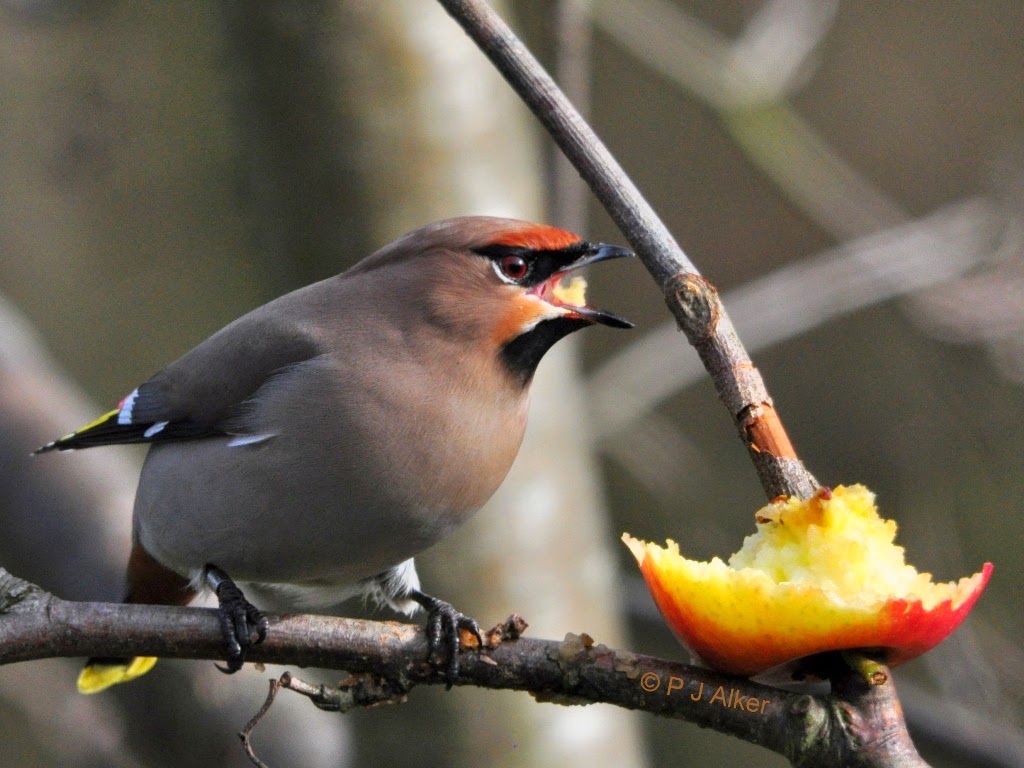 25th February 2015
A calm and quite mild day. The bird was still present but sorry no photos. Hopefully I will have more time tomorrow.


24th February 2015
A very blustery day with some sunny spells. 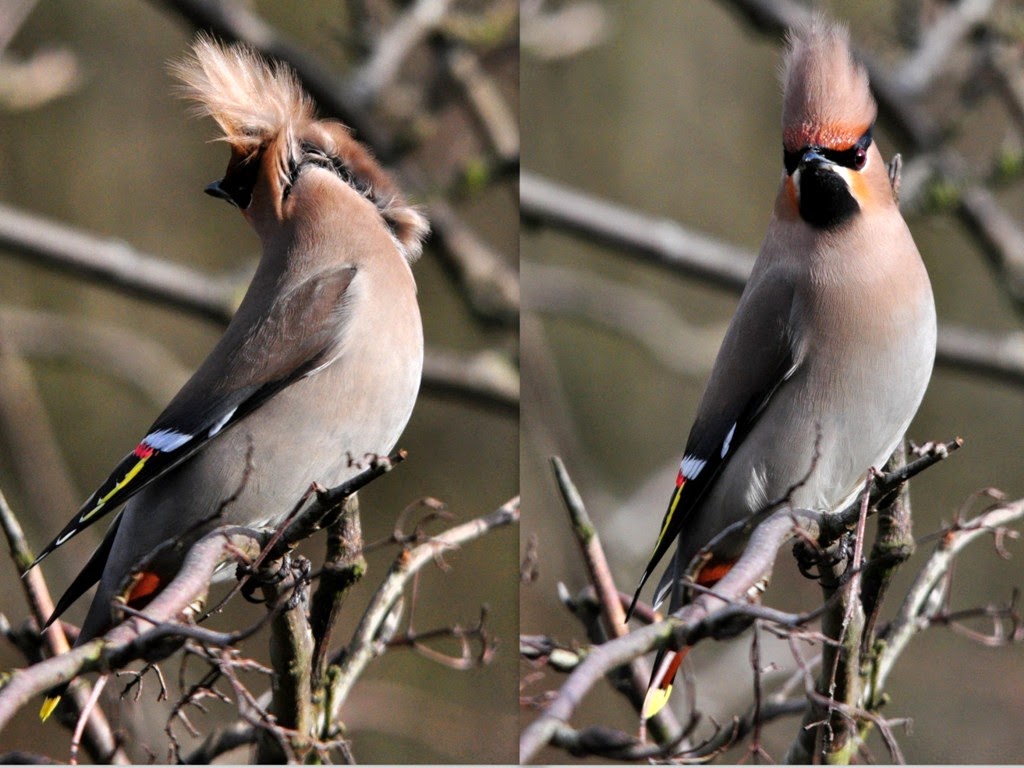 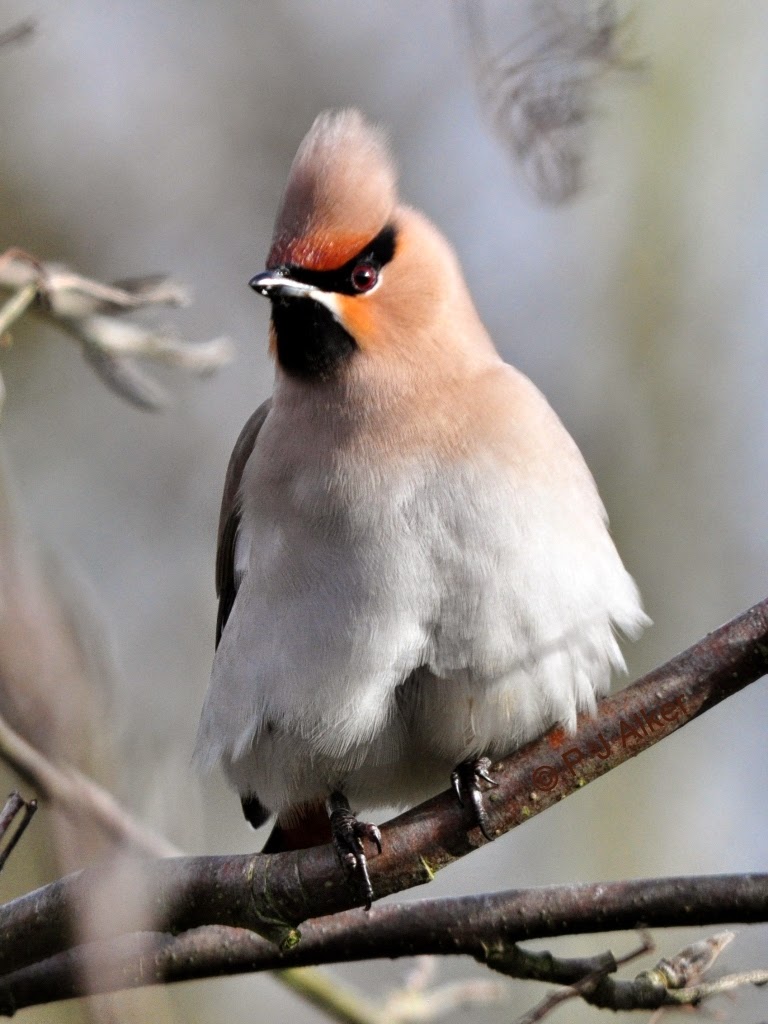 23rd February 2015
A generally bright day with long periods of sunshine in the morning but with more passing cloud and a stiff breeze in the afternoon. 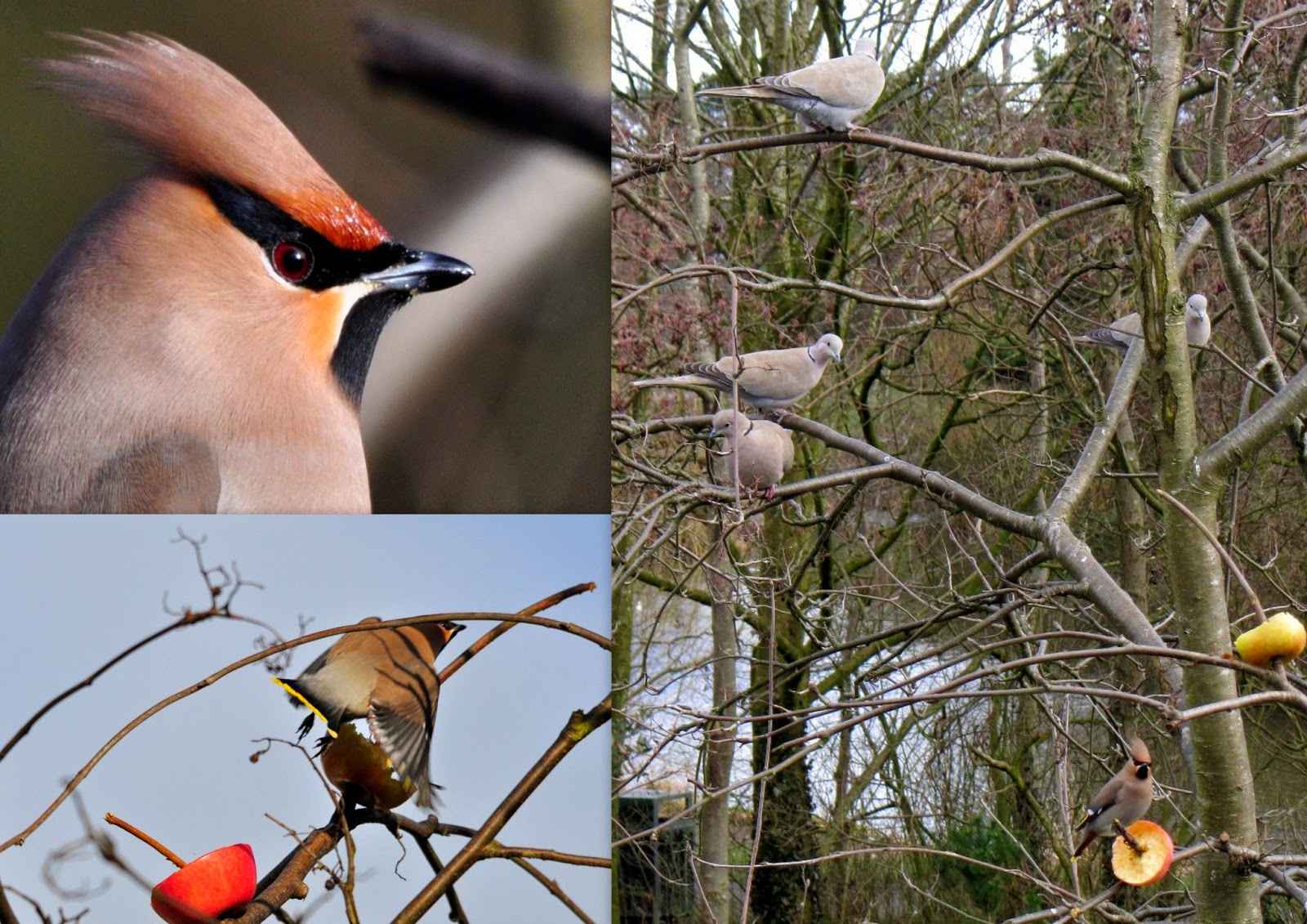 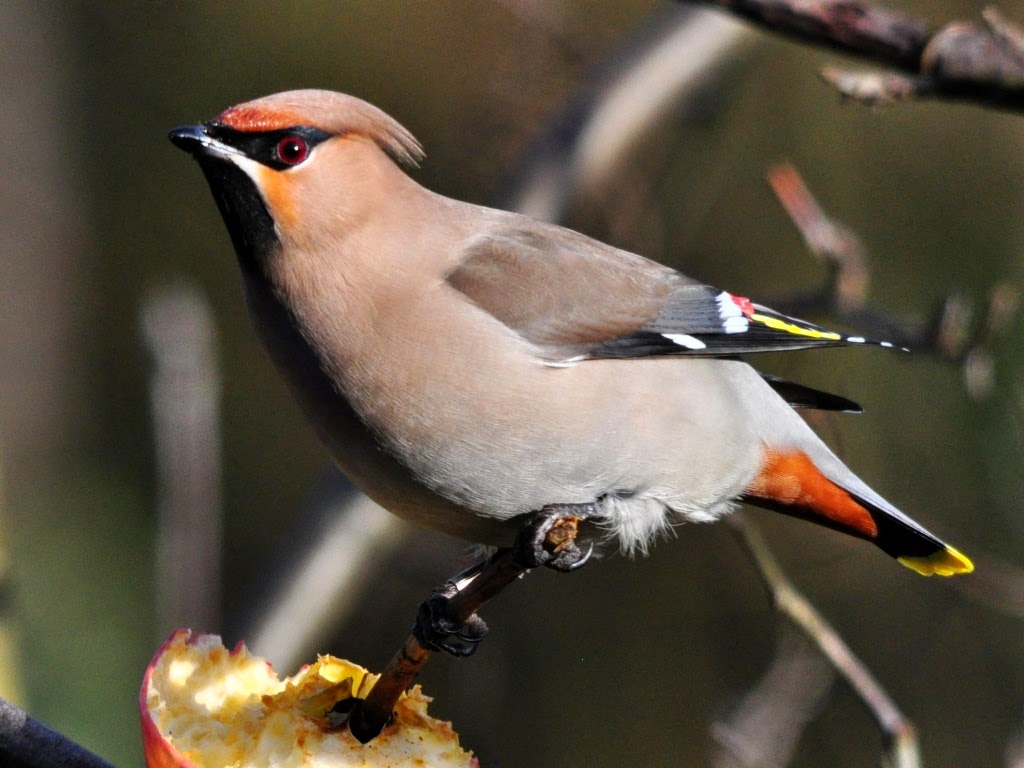 22nd February 2015
A very grey day with heavy snow moving in late morning and turning to light rain during the afternoon. 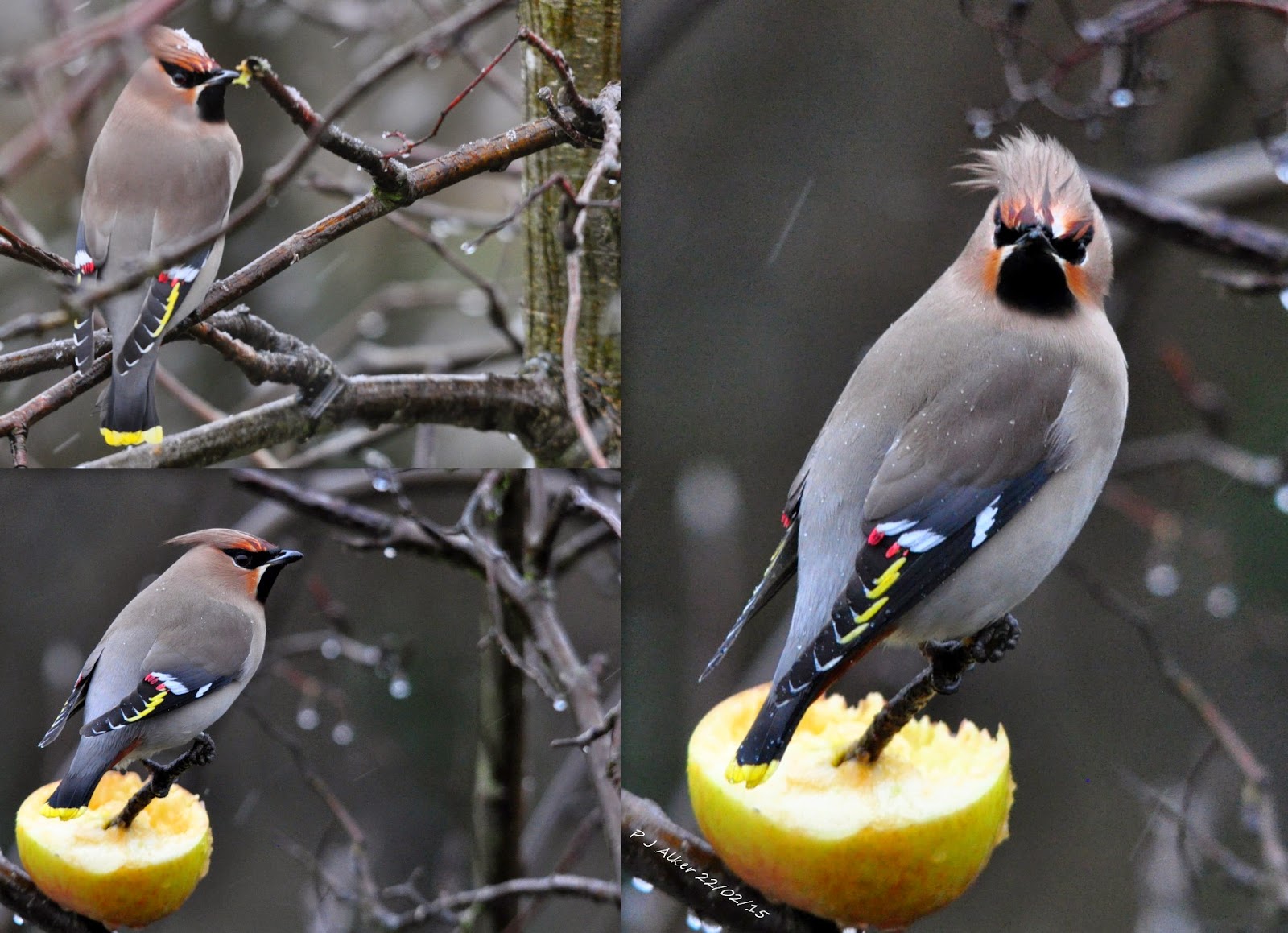