The breeding season is well and truly over for most birds in this part of the world but for at least one species it is not over yet. I was on the phone to my broadband provider at lunchtime today when I noticed a juvenile Woodpigeon on the privet hedge in the front garden and it appeared to be a young juvenile at that. The phone call quickly became the least of my concerns and I grabbed my camera and hastily took a few record shots through the window. 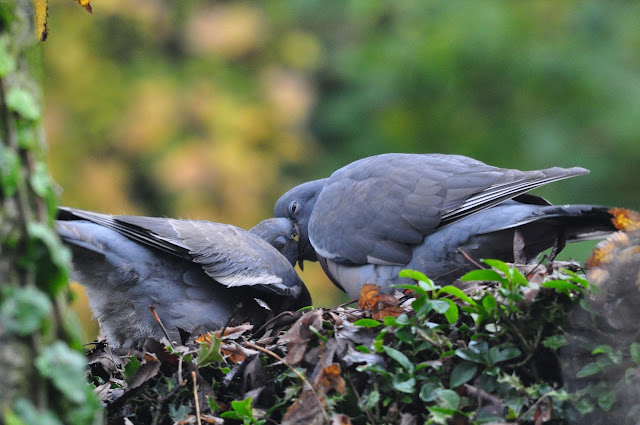 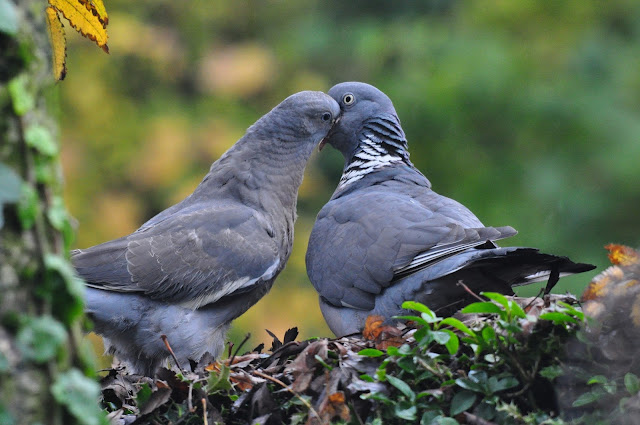 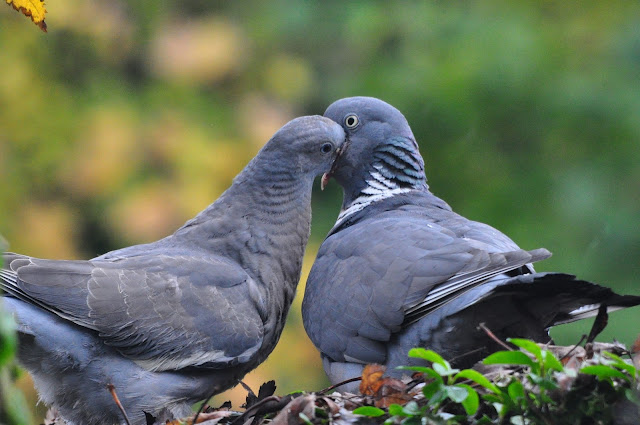 Woodpigeons have quite a long breeding season which can start as early as February and can extend into November and even December, although there can be some variation between years, regions and habitats. While this record of late breeding isn't without precedent for Woodpigeons it is certainly the latest I have recorded locally and for my garden in particular. Woodpigeons are one of the few species that are on the up and have benefitted from both garden feeding and some changes in agricultural practices.